Power tools made their presence known in the home workshop in earnest during the 1950s. This was a time when tools housings were traditionally made of aluminum alloy, and the tools themselves often had a space-age look to them. Take for example the “continuous-duty sander”, made by CRAFTSMAN in the 1950s (in a time when it actually sold quality tools). This is Model No. 110.7800, which was actually made by Syncro. Corp. It had a reciprocating motor, and was used for sanding, buffing and polishing. 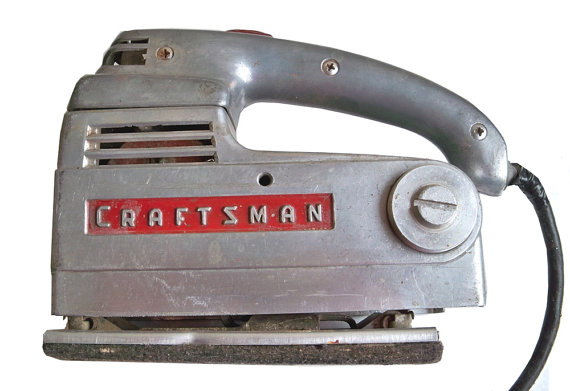 These machines were often designed to meet the specifications of industrial workshops, but with a sense of aesthetic value that is hard to find in todays power tools. Camera manufacturers often harken back to bygone designs – Olympus have used the aesthetics of the PEN-F, an analogue camera from the mid-1960s as the design basis for their digital PEN-F. It is unlikely tool manufacturers will ever turn back the clock to these sleek aluminum designs, but they do make beautiful design pieces (and sometimes still run).